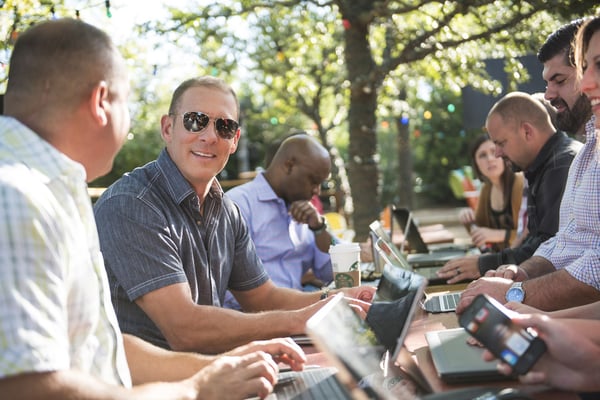 PLANO, TX, May 3, 2017 – EY today announced that Buck Jones, Founder and CEO of Pegasus Technology Solutions (“Pegasus”) is a finalist for the Entrepreneur Of The Year® Award in the Southwest region. The awards program, which is celebrating its 31st year, recognizes entrepreneurs who are excelling in areas such as innovation, financial performance and personal commitment to businesses and communities. Buck Jones was selected as a finalist by a panel of independent judges. Award winners will be announced at a special gala event on Saturday, June 24, 2017 at the Hilton Anatole in Dallas, Texas.

“It is an incredible honor to be selected as a finalist for EY Entrepreneur Of The Year®. I attribute any success to my team at Pegasus, who inspires me every day with their contagious passion, tenacity, dedication and determination,” says Buck Jones with Pegasus Technology Solutions. “In fact, culture is just as important to me as the growth of our company. Pegasus has lofty growth goals, but the #1 priority is protecting and maintaining our unique culture. We work hard, we collaborate, we celebrate our success,
we are family.”

Buck Jones founded Pegasus Technology Solutions at the end of 2014, officially going to market January 2015. In just over two years, Pegasus has nearly quadrupled revenue, increased headcount to 18 people, and has recently expanded into the South-Central region to service Colorado, Missouri, Kansas, Iowa and Nebraska

Benefit From Our Experience and Knowledge

Book a one-on-one session with a Pegasus expert.